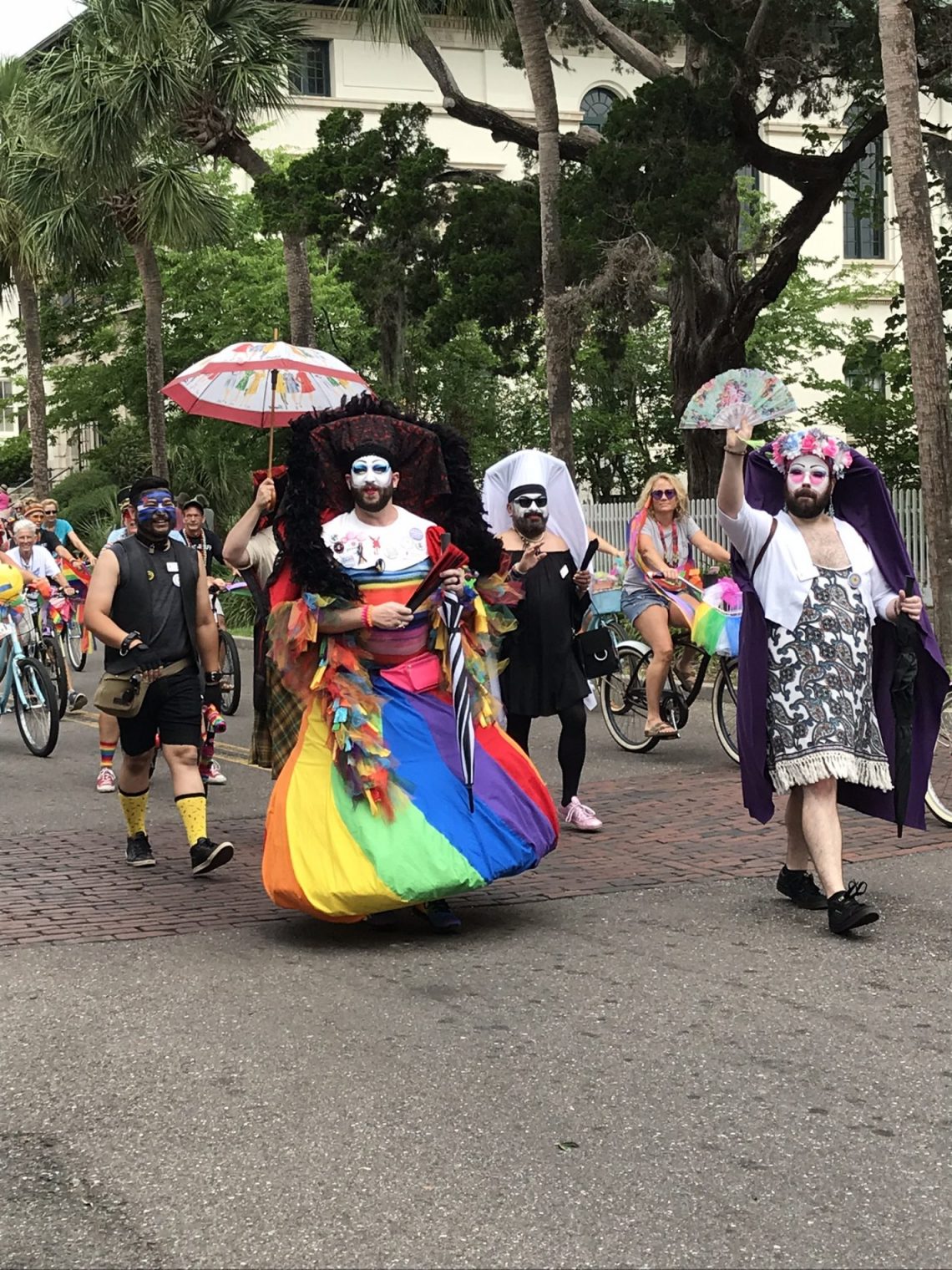 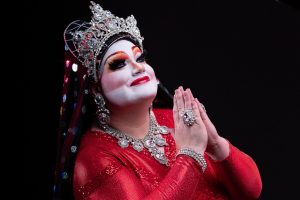 Some of us first encountered drag queens at the movies. (Remember when we used to *go* to the movies?) I think you’ll agree that lovely, loving movies like To Wong Foo, Thanks for Everything! Julie Newmar, Tootsie and even Hairspray left us hoping that everything the queens wanted would come true!

I have a fond memory of watching The Birdcage with my former mother-in-law and her homophobic son. (FORMER is a very key word in that previous sentence as homophobia was the least of his many ‘issues’ — but that’s a story for another time.)

Anyway, he ground his teeth and quietly fumed because I was exposing his mother to this deviance, while she enjoyed the movie. During a scene in which Robin Williams’ character was trying to teach Nathan Lane’s character to be less feminine, she turned to me and said, “Sometimes he’s so mean to her.” No judgement, all acceptance. I loved it. (And her.)

For those who may not know, a drag queen is a person, usually male, who uses clothing, wigs, and makeup to imitate (and often exaggerate and dramatize) gender roles as a form of entertainment. Historically, drag queens have mostly been men dressing as women. And while I have often heard it said, “Drag is for everyone,” drag queens are currently strongly associated with gay male culture.

From what I’ve read, William Dorsey Swann,  was the first person to describe himself as “the queen of drag.” Born an enslaved person in Maryland, Swann hosted drag balls in Washington, DC in the late 1800s. These events were attended by other formerly enslaved men. As you might imagine, these happenings were often raided by the police; Swann was once convicted of running a brothel. (Or as they said back in the day, “keeping a disorderly house.”)

A little more recent history and context has to do with the fact that in the ‘50s and the ‘60s cities’ police departments often performed “sweeps” to remove gay people from gathering places such as bars, beaches and coffee shops. It is against this backdrop that the Cooper Donuts Riot occurred. Believed to be the earliest reported LGBTQ protest in the US: drag queens, lesbians, transgender folx, and gay men joined together to resist the ongoing harassment they faced. 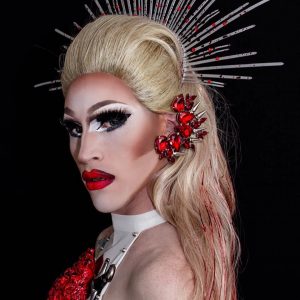 Drag queens also played a significant part in the Stonewall riots, which many consider the beginning of the modern-day effort to secure equal rights for members of the LGBTQ community. The Stonewall riots were a series of violent demonstrations against a police raid that occurred at Greenwich Village’s Stonewall Inn in the wee hours of June 28, 1968.

I don’t know what’s with my writing detours lately… I get excited about what I’m reading and want to share it. Unfortunately, I sometimes lose myself on the way to my main point.

It really doesn’t matter to me why people do drag. I love it and find it a boisterous, colorful, joyful form of self-expression — and usually my favorite part of any Pride celebration.

So, like the rest of us at Self-Care for Advocates, I’m looking forward to our first ever Burnout is a Drag: Virtual Drag Show Fundraiser! We’ll be livestreaming the show (via Facebook Live) starting at at 8pm EST on May 13th.

Our host and emcee is the incomparable Molly Mormen! And the show will include numbers featuring Penny Tration, The Lady Phaedra, Uma Jewels, Stixen Stones, and P.H. Dee! We are grateful for their time, talent, and generosity. You see, virtual tip jars will be provided and are queens are contributing all proceeds to SCFA for the development of programs benefitting anti-violence advocates. So join us for a good time.

I know it’s short notice, so even if you can’t join us, please help spread the word.

Join Self-Care for #Advocates for our first ever Burnout is a Drag virtual #dragshow and fundraiser. Click To Tweet

Drag is a boisterous, colorful, joyful form of self-expression — and usually my favorite part of any Pride celebration. Virtual #dragshow Click To Tweet

I learned that “keeping a disorderly house” is a euphemism for running a brothel. My dust bunnies are safe. #dragshow #fundraiser Click To Tweet

Becoming a Pig Spotter on I-95