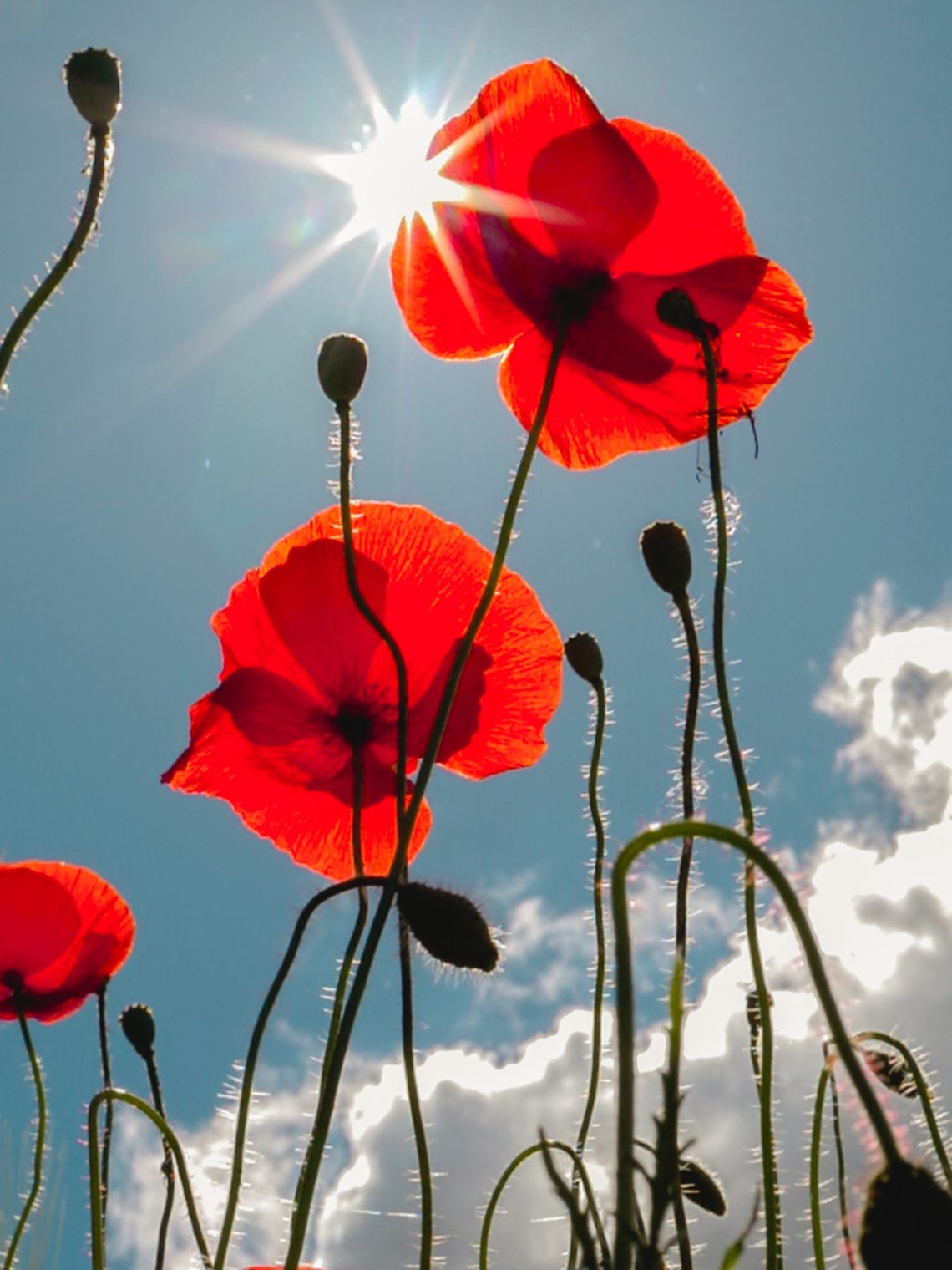 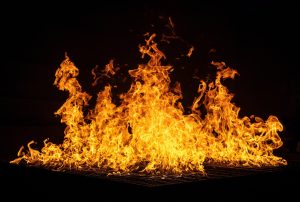 Every year I watch, full of fear, as Californians flee (or don’t flee) homes that are devoured by wildfires. We have family and friends around the state; despite hearing about go-bags in the cars, I remain mystified by the the combination of steeliness and flexibility they display.

On the other hand, I’ve met people who are frightened by New England’s blizzards and ice storms. After several years, I’m adjusting to Florida’s hurricanes. At first I relied on information from neighbors coupled with firm, specific instructions from my son. People with experience. I find them (the hurricanes) far less confounding than when I first got here. Adjusting to conditions may be part of continuing growth.

Still, fire scares me. The first night on our college campus, my housemates and I returned from convocation to find our residence surrounded by fire trucks. Thankfully it was a false alarm. At Thanksgiving break that year, the neighbor’s house caught fire and was saved by our rural volunteer department. When summer rolled around I went to see Frank Langella in Cyrano. A stage curtain caught fire during a fight scene. If that were not enough to cement my fear, fast forward to an electrical fire in the first-floor apartment I shared with a small child. The fire department arrived quickly and there was little other damage to the building. The landlord opened all the windows open to air the place out. Our few valuables were stolen while I was at work.

Those memories combined with a history of not always making stellar choices, draws me to the image of burning down my life. Personal wildfires — sometimes set by a psychic arsonist, sometimes but an apparently innocent 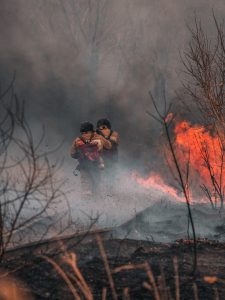 spark. What comes to mind are the personal relationships that were hard to break away from. My reward for getting out was being left with all the bills topped off with “just a little” stalking.

On the other hand, watching the impact of  COVID-19 brings to mind the many innocent lives being burned down around us. And under these stressful circumstances, there are relationships that require additional attention but, quite frankly, there’s not enough FaceTime or Zoom in the world.

A story about disasters is full of other stories: firefighters, EMTs, docs, nurses, and advocates — the first responders who run toward the dangers when everyone else is running away. Even under the best of circumstances these personal (and actual) wildfires change people. Survivors experience new routines, new pressures and, sometimes, even new opportunities. Hopefully everyone comes away with little more hard-won wisdom.

Wildfires with Seeds of Heroism, Wealth, and Success

And although I had seen them before, it is through the window of knowing and loving those advocates that I’ve learned about fire poppies. Like certain life-changing crisis points, the flowers last only a few days. Like the heroism of our frontline workers, their scattered seeds can lie dormant for years. It’s the crisis, the smoke and charred earth that trigger them to germinate and grow. It’s the crisis that calls the advocate to become more skilled and more committed. 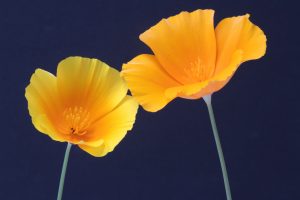 Also known as “fire followers,” yellow poppies come with their own set of historical significance and stories. In Greek legend, the poppy was created by the god of sleep to sooth and support the goddess of corn after the loss of her child. The poppies helped to bring her sleep and apparently her sleep made the corn start to grow again. Golden poppies are not only used for the pain that comes with losing a child, they are believed to be healing for anyone suffering pain from love.

I thought any symbolism related to their golden yellow color came from the wildfires but in the Victorian language of flowers yellow poppies represent wealth and success. It makes sense: corn is a source of both food and income. (It makes me wonder if corn and poppies should be companion-planted.)

My Dearhearts Are Overworked and Undervalued

But back to my beloved advocates. The dearhearts. The folks who walk into the wildfires. Circumstances forced me to stop doing the kind of work that brought me together with these human fire poppies on a daily basis. Whether advocating for people impacted by addiction, domestic violence, homelessness, sexual assault, or public health disasters these are the people who step in and guide singed survivors to the resources that will support them in recovering from their particular personal crisis. Typically, these unsung heroes fly below the radar where they can be seriously overworked and undervalued. 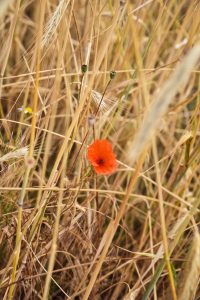 Through an odd series of circumstances, I developed a close friendship with a younger advocate. Smart and committed, she eventually pulled together a team to form a non-profit called Self Care for Advocates where “we advocate for advocates.” (I say “we” because I am honored to serve on the Board.)

I appreciate the fact that the group is taking time to build a healthy support structure for volunteers and staff — a portion of each of our meetings focuses on things that have gone wrong at other agencies and what we need to do to make sure it doesn’t happen at SCFA. The team she has pulled together is phenomenal but all work way too hard and struggle to lead by example. (And, yes… sometimes I Mom them.)

They are inspiring in so many ways. They are the beautiful flowers that show up in the burn zones, bringing peace and comfort to survivors.

Sometimes I Mom them. They work too hard. We need to lead by example. Click To Tweet

It is through the window of knowing and loving those advocates I’ve learned about the fire poppies. The blossoms only last a few days. Click To Tweet

In Greek legend the poppy was created by the god of sleep to comfort the goddess of corn after the loss of a child. Click To Tweet

A story about disasters if full of other stories: firefighters, EMTs, docs, nurses, and advocates — the first responders who run toward the dangers when everyone else is running away. Click To Tweet

Want to help Self Care for Advocates grow? Here are three specific things you can do today.

1 – Join our support group on Facebook and encourage other advocates to do the same.

2 – Message me with with names of people, businesses, and foundations that might be interesting in partnering with us.

3 – Donate. (Just so you know, all of our board members are required to make a “meaningful personal financial contribution.” You sure won’t be alone.

Our Friend Oscar and His Inner Critic