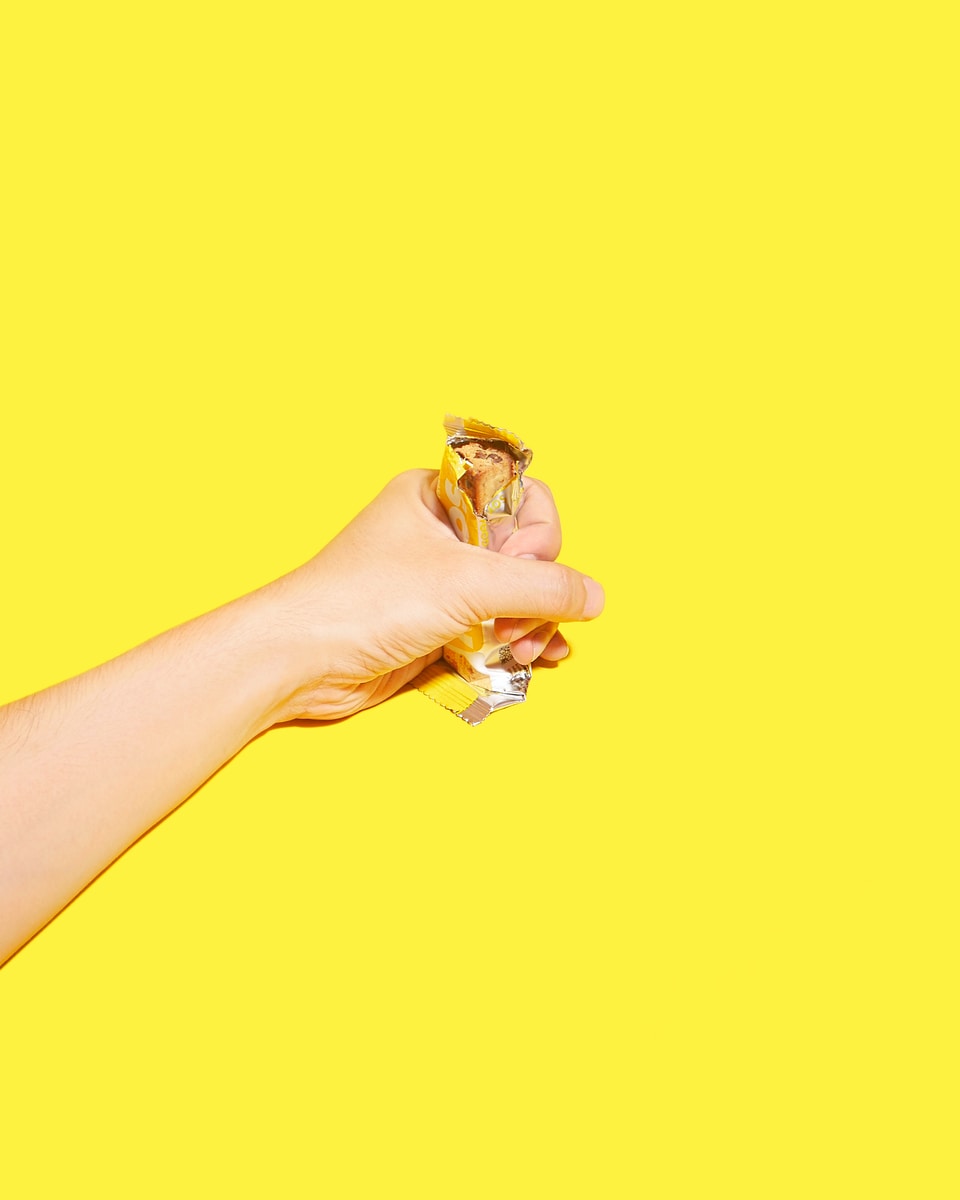 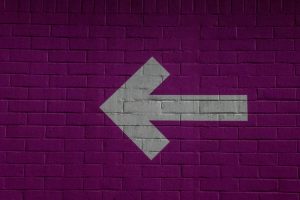 Might I add another? How about a right-hander who has had major shoulder surgery and, for the next six weeks, will be wearing a gigantic, mega-huge sling on her dominant arm? I’m discovering that there are very few things I can do by using only my left hand or arm. Frustrating? Sure. But I guess I’m grateful the pandemic taught me to stay in and chill out. Easy do it. Unfortunately, it did not teach me to sit still and do nothing. Post-op pain is handling that lesson. (Gee, thanks.)

I’ve posted a little bit on social media to let folks know why they’re not hearing from me — I miss some of my social media pals but am just starting to be able to type with two hands. (I guess that’s more good news: I don’t know how to hunt and peck any more.) And as for ‘what happened?’ or ‘what led up to this?’ It’s hard to say. I had a very bad rotator tear that, because of other injuries, got missed for a long time. 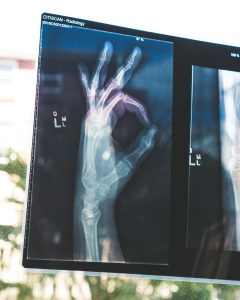 I’m grateful to have found a surgeon using a newer technology: he built me a new rotator using a cadaver muscle and a ligament from another part of my shoulder. I can already tell that this is going to make a major difference — it will just take a long time, extensive rehab, and a lot of patience. Those of you who know me well know that at least one of those is not my best thing. Truth? None of them are.

Something else that’s quite foreign to me is boredom. I don’t understand it. Usually when I’m down, I’m pretty well flattened and not interested in stimulating my brain. I just sleep. And read certain pages or paragraphs over and over. But one of my early discoveries on this latest adveture is that six weeks is a really long time — and a person can only sleep so much. Since I needed something to do, I decided to jump in and embrace a new relationship. That’s right: I decided to explore my new relationship with left-handedness.

I don’t know why I was surprised to discover that only about 10% of the human population — and a huge majority of polar bears —  is left handed. I never stopped to think about it until I worked as a waitress, helping to quickly rearrange dinner table seatings so that everyone could feel comfortable and leave mostly unbumped and unstained.

Since there are really only two options available, it’s easy to assume a roughly 50-50 split. The word ‘left’ has been tracked back to the 13th century, where it meant “the opposite of right.” I wonder if that meant ‘right side’ or ‘correct?’ It is believed to have been derived from the Old English “luft” meaning weak or foolish. In recent years, the percentage of lefthanders seems to be increasing; parents and teachers are less likely to try to extinguish the condition by forcing kids to use their non-preferred hand. Perhaps the remnants of ‘weak or foolish’ have finally worn away.

God made everyone right-handed, only truly gifted overcome it.

Despite the quirky attitude, we do not tend to speak kindly about this state known as left-handedness. One could attribute this to studies that show that non-right-handed students are much more likely to struggle in school and have ADHD symptoms. This does not seem to account for describing a clumsy person as having “two left feet” or the one who is generally nowhere near the action or the main point of a discussion as “out in left field.” And does anyone really ever want a left-handed compliment?

Perhaps by way of achieving some balance, wedding rings are typically worn on the fourth finger of the left hand. That’s the one with internal plumbing going directly to the heart.

Not surprisingly, like anything somewhat rare, there’s a bit of lore. There are some folks, for example, who suffer from sinistrophobia — the fear of things at the left side or of left-handed people. However in looking at lists of famous lefties, there doesn’t seem to be a lot to fear. People use strong descriptors about Oprah Winfrey, Bill Clinton, Barack Obama, Judy Garland and Leonardo da Vinci but I don’t remember seeing any of them described as scary.

If you want truly frightening, we’ll need to move on to famous people named Lefty. Or at least one especially terrifying thug named Lefty Ruggerio, a soldier in the Bonanno crime family. He was well known for befriending Donnie Brascoe who turned out to be undercover FBI agent Joseph Pistone. On the other hand, there was country music star Lefty Frizzell — one of the first I learned about when I met that particular genre. Knowing nothing of his personality I can only 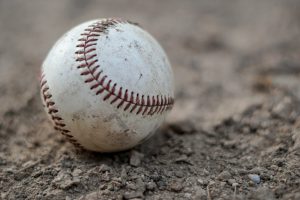 assume that he was far more creative than intimidating.

And speaking of intimidating, there was the time the Tampa Bay Rays were  set to face the Red Sox and their right-handed pitcher at Tropicana Field. Rays’ manager Kevin Cash turned in a starting line-up card featuring nine left-handed batters. This may have been the first time in Major League history in which a team has started nine lefties in the same game. Creative, daunting, or both? Team manager as evil genius? (Go BoSox!)

It does seem that much more than sinister, lefties are known for new perspective and creativity: four of the original five designers of the Macintosh computer were left handed. Like many long time Mac users, I am deeply grateful for the exquisite blend of intuition and technology they actualized.

Every year on August 13th southpaws get their very own day to celebrate their uniqueness. The day is supposed to help promote awareness to the problems that we experience living in a largely right-handed world. If my healing continues as predicted, I will no longer be among their ranks — but I’m sure my appreciation will linger. I’m quite sure I will not have forgotten having one hand that knows how to do everything and another that just sits there like, “I don’t even know how to hold a pencil.” (I consider lefty toothbrushing quite the victory.)

If you’ve read this far, thanks for sticking with me. Not being able to write has been a bit of 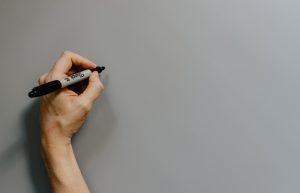 torture — especially since my brain has decided to be especially busy this month. There’s a lot going on with Amelia Indies (the author co-op) and quite a few fun personal and family connections on the horizon. Stay tuned — I might just try my hand at a little travel blogging soon. I’ll put the travel notes here — but I’d really love it if you would click on over to Amelia Indie Authors and sign up for our newsletter to stay up-to-date on that talented crew.

What are your observations about preferred hand usage? Do you have any lefty (or righty) stories? Let me know in the comments please.

We like to think about how smart we are. But I think talent as a writer is hard-wired in, it's all there, at least the basic elements of it. You can't change it any more than you can choose whether to be right handed or left handed. ~ Click To Tweet

According to Peyton Manning:

My high-school coach was kind of famous for 'Reggie-isms.' He always said if you want to be a good quarterback, when sprinting left you want to be amphibious and throw left-handed. I told him, 'You mean ambidextrous, coach?' Click To Tweet

When Self-Nurturing Bites Back

Queens Put the ‘Fun’ Into Fundraising