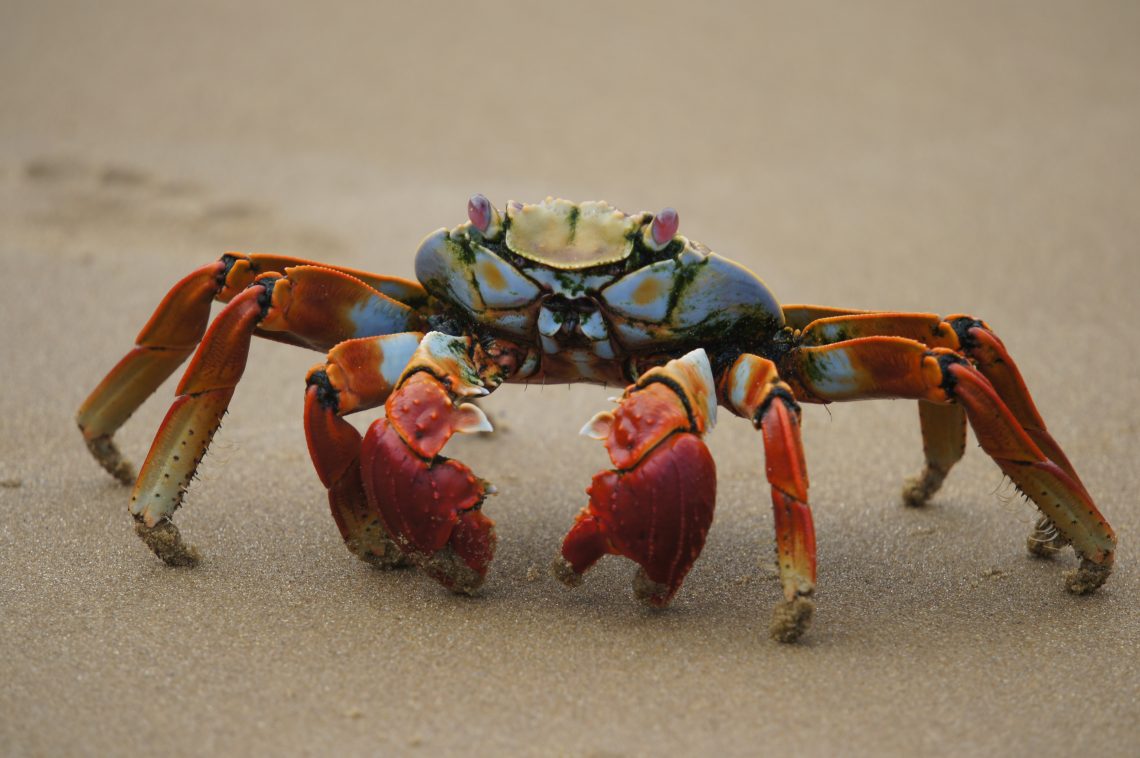 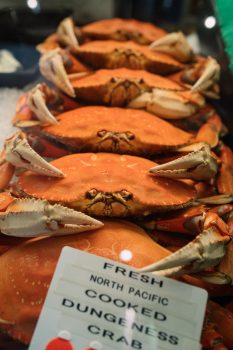 Ironic as it may seem, the humorless probably don’t fully appreciate crabs. Crabby people are frequently more the “crabs in a barrel” type. You know the kind. When crabs are in a barrel at a fish market, some of them try to climb to the top and make a break for freedom. Unfortunately for these liberty-loving crustaceans, their colleagues don’t quite grasp the concept or the end goal: they latch on to their optimistic, energetic peers and pull the prospective escapees back into the brine where they eventually will be purchased and — most likely — eaten.

So where does humor come in? Crabs are silly-looking creatures with odd movement. From the fiddler waving his little claws to the sideways scuttle of a ghost crab, it’s hard to look at them and not, at least, smile.

What kind of crab best represents our beautiful island home? My first thought, of course, was the ghost crab. Quick. Shy. Mysterious. They conjure images of ghost ships and other piratey mysteries. After all, when it comes to an island, who doesn’t think of stories and secrets? Buried treasure. Haunted houses and castles. Shipwrecks. Little humans patiently digging and constructing on busy sections of the beach are not the only ones whose time in the salt air blurs fantasy and reality.

Our precious island has at least one notable shipwreck in reasonably recent memory— one that may have helped some of the human natives to have an exceptionally mellow Thanksgiving. The story involves a floundering Colombian shrimp boat, 25 tons of marijuana, a fuel tank, and a really, really bad decision about setting fire to the illicit cargo in an effort to destroy the incriminating evidence. The fact that it occurred early on a Thanksgiving morning makes me wish Arlo Guthrie had lived here at the time.

But, to get back to the point, what kinds of crabs live here and what do they do? Florida diners around the state have come to know blue crabs and stone crabs as a delicacy. They’re served both in fancy, white-glove locations and outdoors in buckets on newspaper-covered picnic tables. Small hammers are included as part of that utensil package. And Southern etiquette dictates they’re to be used only on the tasty crustaceans — never, ever on crabby dinner companions

Small hammers. Southern etiquette dictates they're to be used only on the tasty crustaceans... Click To Tweet 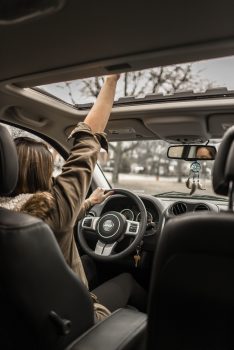 What species do crabbers and other aficionados look for on and around Amelia Island? Horseshoe Crabs. Hermit Crabs. Mole crabs. Blue Crabs. Stone Crabs. Fiddler Crabs. A bit more rare and toxic, but nevertheless sometimes observed around here: the occasional crabby neighbor, the NIMBY crab, the horn-honking crab, the “it’s different where I come from” crab, and, the ever-popular “close the drawbridge behind me” crab.

With any luck, nobody in these parts will be setting their traps for either crabby humans or their colleagues, the horseshoe crab. These prehistoric-looking critters— the crabs not the humans —  are omnivorous scavengers, scooping up small shellfish as well as algae and dead fish. Unfortunately, their roe is considered an aphrodisiac in some parts of the world, so, like too many other beings, they’ve been over-harvested. Horseshoe crabs that is. The others? Not so much.

But of the few crab species mentioned, the one I think best represents our little island is the hermit crab. Migrants and seekers, they do not seem to grasp the concept of going around an object, even if it’s another crab. In spite of their occasional funky, funny-looking feeler fights, they do better in groups than on their own. Contrary to what the pet store set would like us to believe, they do not make good starter pets. They get lonely. And loneliness plus unfamiliar water plus leeching from plastic terraria too often combine to equal fatalities. 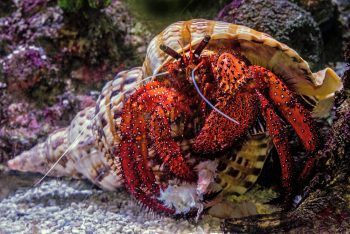 They Cooperate and Collaborate

Hermit crabs offer a lovely mirror image of so many transplants from other climes. Known for shedding an exo-skeleton in favor of something larger, so many new islanders arrive in search of simplicity and engage in something called down-sizing.

But the little hermits also share characteristics with their lovelier, happier human counterparts: they cooperate and collaborate. In fact, they’re known for a special behavior called a vacancy chain in which as many as a few dozen critters gather ‘round a freshly washed up shell to figure out who’s the best fit for the new digs. From there, a smaller crab moves into the newly vacated shell, leaving behind a new, vacant space for someone smaller yet.

Of course, there are the ultimate sweet, adventurous human hermit crabs — the minimalist RVers who let everything go in favor of living in a movable shell in order to see this glorious country “while we still can.” I know that people who follow that particular lifestyle tend to help one another out when they can; I wonder if they know about vacancy chains.

A Puny Little Story About Shrimp