In the wake of another mass shooting, I’m struck by the deep divides and angry rhetoric about guns. In a very odd and twisted manner, I can’t help hoping for the possibility that some of the more vicious discussions are as a result of social media bots, programmed to inflame. I know from personal experience that it is possible to talk about gun ownership in an intelligent, peaceful manner.

Not long ago, while waiting for a flight, my husband and I were treated to such a conversation with an interesting couple who settled near us in the waiting area. Initially drawn into conversation by the big, beautiful service dog traveling with them, our conversation turned quickly to our various travels. Actually, more to their travels. In addition to traveling with a large dog, there was a large assortment of weapons. Getting through security had been a challenge but, eventually, they got through. They were headed across the country for a quick draw competition.

Only 48 hours past a mass shooting* by a madman, our conversation tiptoed in that direction. Tiptoed. Their openness, their friendliness, and their guns were an invitation to a conversation. And, when it came to guns, I was fairly certain we would have some political differences. 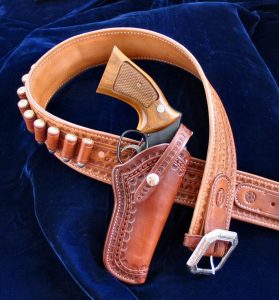 I forget exactly what he said that had that cautious-but-friendly “I don’t want to argue with you in an airport” tone, but  I quickly heard myself saying something that surprised him. “I find myself holding extreme and conflicting feelings about guns and gun owners. Not only do I not have a problem with what you’re doing, but it also sounds interesting, and I’d like to learn more. And we have to do something to stop these mass murders with machine guns.”

It doesn’t matter what side of politics you’re on. It matters what side of humanity you’re on. People are hard to hate close up. We need to move in and get close up..” - Brene Brown Click To Tweet

He relaxed and  said, “It’s the difference between people who respect guns and a madman with an agenda.” He was surprised to hear that, although I choose not to have them as part of my life right now, I had grown up around guns.

One of the penalties for refusing to participate in politics is that you end up being governed by your inferiors. - Plato Click To Tweet

“Things are pretty heated. I’d like to see both sides dial back the rhetoric,” he said. And, while we’re being honest about challenging biases?  He didn’t look like a guy who’d use the word rhetoric — but at this point in our conversation, I wasn’t at all surprised.

I went back to talking to his wife about her services dog, dog training, and our trainers. Another nice connection made. We exchanged contact information, and I gave her some of my organic beef treats for the dog for “later.” The guys 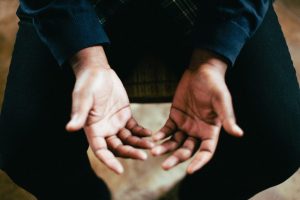 continued to talk as well; as is his custom, my husband continued asking questions about the shooting club, competition, and who knows what else. Before our flight was called, he invited us to come to their club and either observe, learn to shoot, or both. And you know what? We’ll probably go.

Working online, I’ve developed an allergy to a number of buzzwords. “Authentic” is one of them. So, I’ll describe the conversation as warm and friendly. Any of us could have easily chosen to focus on differences but instead chose to look for common ground. It reminded me of another friend, a gay man living in the bible belt, who has found his way to bridge such gaps. He tells me that when political conversations get too heated, he tries to move them like this:

“Do you love people?”

“Do you want what’s best for them?”

“See? We agree. The only place we come apart is how to make it happen.”

How do you approach important but potentially uncomfortable conversations? Are you passionate about an issue that’s hard to talk about? Please use the comments to weigh in.

9 Responses to “Peace, Guns, and Possibility”