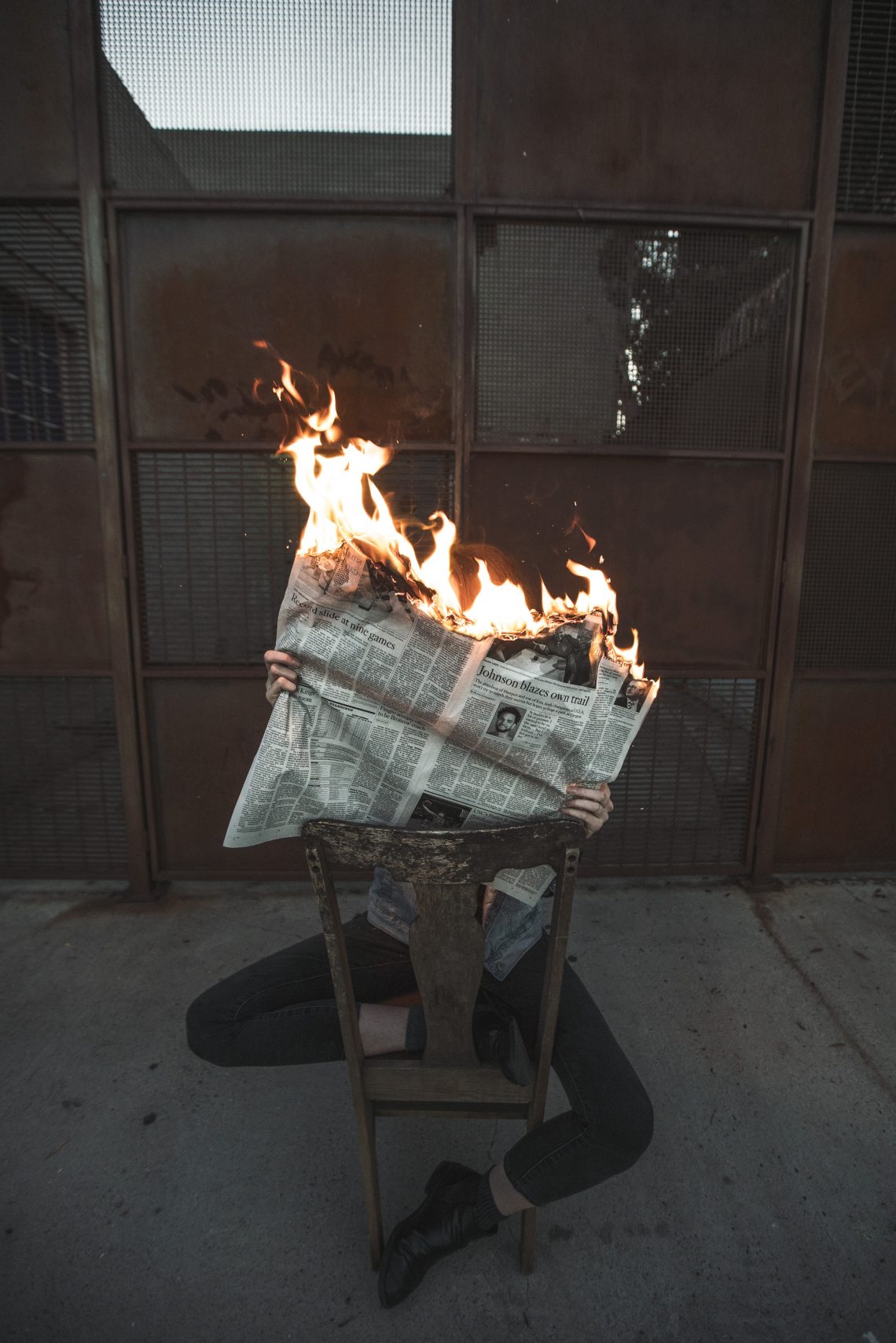 One of the side effects of pandemic life is that lots of us are consuming much more media than we did during other times in our lives. Lots of phone and Zoom calls now include a little bit of time to let our inner film critics come out and play together. Questions like “Who has a good series to suggest?” and “Any movie recommendations to share?” are a much more common part of conversations with others.

I’m someone who writes mostly creative non-fiction and, for the most part, my TV and movie preferences match up. Favorite Husband, on the other hand, usually prefers fiction and poetry — genres that aren’t much on my radar screen these days.

But early in quarantine, I found a documentary movie that captured his imagination. Since that time, documentary and “based on a true story” have become a regular part of our media mix.  And while several of these may not be new releases or might not meet your definition of “legal thriller,” there are some thoughtful, powerful Constitutional and law enforcement issues in several of our choices.

Long before Deep Throat croaked “follow the money,” the Boston Globe included a column called “Spotlight.” It is the oldest continuously operating newspaper investigative journalism unit in the United States. Growing up near Boston, my family got home delivery of two daily papers: The Herald and The Boston Globe. I always hoped to be first to snag The Globe
was intrigued by the powerful Spotlight stories. Topics such as no-show public employees and elevated cancer rates in certain specific locations hooked my sense of fairness and desire to see justice served so a film about the Spotlight crew was a no-brainer for me. This compelling movie deals with the story of the work that went into excavating the massive child sexual abuse scandal (and cover-up) within the local Catholic Archdiocese.

In keeping with my journalism theme, The Post is an American historical political thriller film produced and directed by Steven Spielberg. It stars Meryl Streep as Katharine Graham, the first female publisher of a major American newspaper, and Tom Hanks as Ben Bradlee, the longtime executive editor of The Washington Post.

Set in 1971, the film depicts the story of attempts by Post journalists to publish the infamous “Pentagon Papers,” classified documents regarding the 20-year involvement of the United States government in the Vietnam War (1961–1975) and in French Indochina back to the 1940s and the end of World War II (1939/1941–1945).

The Highwaymen is a 2019 American period crime drama movie written by John Fusco, the writer behind Young Guns, Thunder Heart an many others. This film is the untold true story of legendary Texas Rangers Frank Hamer and Maney Gault, played by Kevin Costner and Woody Harrelson and their efforts to track down and apprehend notorious criminals Bonnie Parker and Clyde Barrow in the 1930s. Despite Bonnie and Clyde’s gruesome murder sprees, they boasted a level of celebrity and popularity that I found difficult to absorb.

Perhaps it was a perception of their activities as Robin Hood-esque or the fact they were a couple that created such an extreme level of celebrity and romance. Be that as it may, in this movie, Costner and Harrelson turn in compelling performances.

The Trial of the Chicago 7

In August 1968, Abbie Hoffman, Jerry Rubin, Tom Hayden, Rennie Davis, David Dellinger,
Lee Weiner, John Froines, and Bobby Seale made preparations to protest the Viet Nam war during Chicago’s Democratic National Convention. Five months later, all eight of them are arrested and charged with trying to incite a riot. John Mitchell, then Attorney General, appointed Tom Foran and Richard Schultz to prosecute, while all defendants except Seale were represented by William Kunstler and Leonard Weinglass. 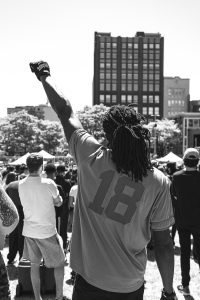 When the “Chicago 8” trial began, Bobby Seale claimed he had no lawyer to defend him since the one he had chosen, Charles Garry, was recovering from surgery. Seale demanded to defend himself until Garry could be present. Judge Hoffman ignored him, stating Seale was already represented by Kunstler. Seale replied that he had “fired” Kunstler, again invoking the right to defend himself however the judge refused to allow Seale to make an opening statement, cross-examine witnesses, or speak to the jury.

Denied his right to counsel, Bobby Seale began interrupting proceedings. Finally, on October 29, Judge Hoffman ordered Seale chained to a chair with a gag in his mouth.For several days Seale appeared before the jury, bound and gagged, struggling to get free and making muffled sounds. Defense attorney Kunstler declared, “This is no longer a court of order, Your Honor, this is a medieval torture chamber.”

A few days later Judge Hoffman allowed Seale into court without restraints, warning him against further interruptions. Seale continued to disrupt the trial and Judge Hoffman declared a mistrial. This portion of the trial is one often studied in classes on the Constitution.

At the end of the trial for the remaining seven and despite Judge Hoffman’s instructions and objections, Hayden’s closing statement named all 4,752 U.S. soldiers who had been killed in Vietnam since the beginning of the trial.

Waco is a six-episode TV movie series exploring the 51-day stand-off between the FBI, ATF and David Koresh‘s Branch Davidians, in the spring of 1993 in Waco, Texas. Also known as the Waco Massacre, the event culminated in a fire that killed 76 members of the religious cult. It investigates the tragedy before and during the standoff, from a variety of viewpoints. 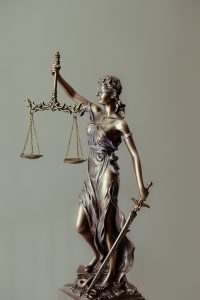 Ron Williamson sat on Oklahoma’s death row for 11 years for a crime he didn’t commit. He was eventually exonerated by DNA evidence and other materials introduced by the Innocence Project and was released from prison in 1999. This six part docuseries is based on John Grisham’s “The Innocent Man: Murder and Injustice in a Small Town.” As of 2020, this was Grisham’s only non-fiction offering.

After multiple failed attempts to play for various minor league baseball teams, including the Fort Lauderdale Yankees and two affiliate teams owned by the Oakland Athletics, Williams returned to his hometown of Ada. His big dreams were not enough to overcome a shoulder injusry and  the long odds faced by anyone trying to get to the big league.

Williams also struggled with the impact of his long stay on death row and was intermittently treated for manic depression, personality disorders, alcoholism, and mild schizophrenia. Later it was proven that he was mentally ill and should not have been tried — or sentenced to death— in the first place. The State of Oklahoma, the city of Ada, and Pontotoc County officials never admitted any errors and threatened to re-arrest him.

I especially appreciated Grisham’s exploration of shoddy investigated work and his treatment of the Innocence Project.

Has movie-watching become one of your pandemic pass times? Please add your favorites in the comments.

8 Places Where You, Self-Care, and Advocacy Meet

Hopeful Trending in 2021 or What Bernie Memes Mean to Me