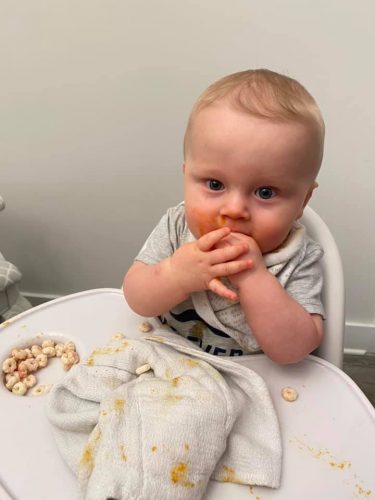 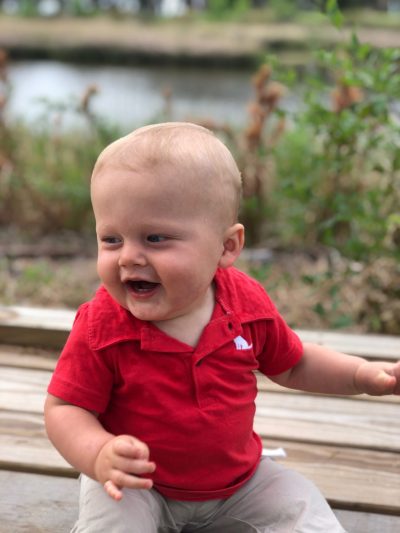 Time for true confessions: even before I became a goofy grandma, laughing baby videos have been one of my guilty pleasures. That’s true even when I haven’t spent an entire day editing stuff.  (What did we ever do without YouTube?) When I feel like I’ve been chained to my desk all day, they give my attitude AND my energy a much-needed boost.

So, having rendered myself sleep-deprived, indulged in all the bad food choices, and created the ugly messes that are part and parcel of a very long editing session, I came across this. It may have helped keep me from tearing up a manuscript section or three.

This may have helped keep me from tearing up a manuscript section or three. Click To Tweet

You probably know that when humans converse and have some sort of rapport, they automatically start to mirror speech patterns and mannerisms. In fact, in training programs for sales people, advocates, and other interviewers who’d like to enhance client connections, participants are invited to notice and subtly mimic the mannerisms of the other person. I know language buffs who, when conversing with someone from another region, unconsciously pick up and start using a “foreign” accent. It’s a subtle form of enhanced connection, n’est-ce pas?

So what about laughter? And puppies? And babies? What’s the deal?

Not to ruin a guilty pleasure, but, as neurologists, neuro-psychiatrists, and biologists continue to explore and map various parts of the brain, the concept of contagious emotions becomes more intriguing. (You know I love brain biology, too, right?)

And while the research on mirror neurons has a long way to go, we’re all familiar with the concept of being known by the friends we keep. Overweight people tend to have more overweight friends than thin folks. Same for people who are feeling negative about their world. So are we attracted to those who are like us? Or are thoughts and feelings really contagious?

Babies pay close attention to voices, especially high-pitched ones. This fact leads many of us to become fluent in baby-talk. It’s a voice and speech pattern that animal trainers sometimes use, too. And, while the sense of hearing starts to function more or less from birth, it takes time for any mammal to make sense and meaning of sounds. In dogs (sorry, new parents) this can result in some adorable head tilts as they check out the source of strange sounds. And in humans? Check out this “silly baby” who is alternately horrified and delighted as he watches his Mom blow her nose.  His expressions are fantastic.

So what’s your online guilty pleasure? Pretending to make all the things on Pinterest? Twitter tantrums? Cat videos? Share your favorites in the comments so we can join you!

Is Boredom A Luxury You Can Afford?

Mud, Sweat and Fears: 5 Lessons from a 5K