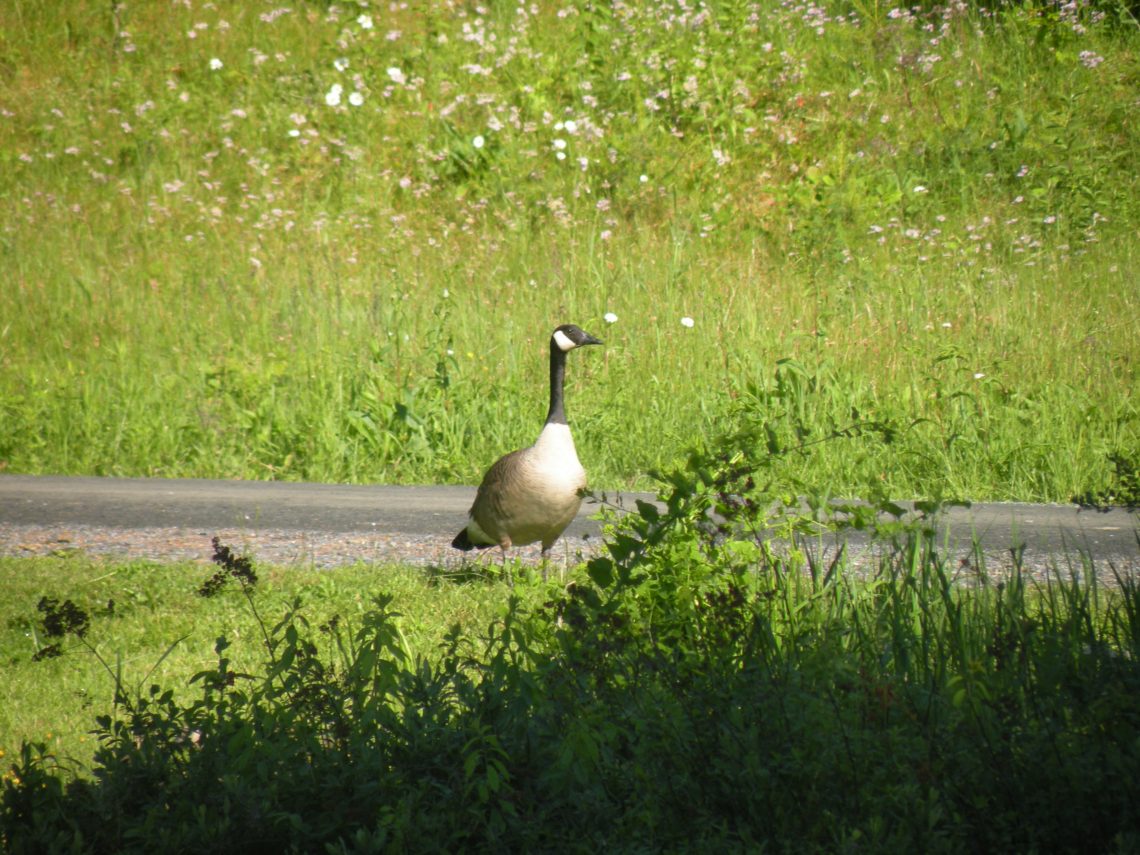 I lived in a beautiful, rural location on a dirt road next to a pond on top of a mountain, far more idyllic than isolating. It was a great place to live and to write. The pond itself provided plenty to watch — its various stages of liquid and solid and back again. Mirror-like reflections. Textures of the ice. Although spread quite far out, neighbors came together in late winter for an annual  “penguin plunge” and cookout. I’ll admit I was one of the people who waited for our spring-fed water feature to warm up — a lot — before going in. 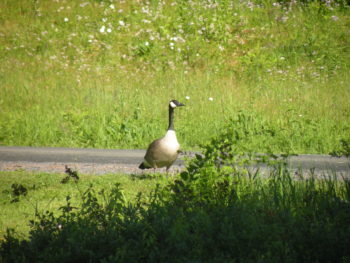 Like any large, healthy body of water this one was home to some wonderful wildlife: fish, turtles, ducks, loons and, of course, the Canada geese. They came and went, announcing their arrival and departure with what I consider a beautiful song. From time to time they slowed our dirt road’s twice-a-day “traffic” with the strutting and waddling it took to migrate from their nesting area to the water’s edge.

The Canada geese came and went, announcing their arrival and departure with a beautiful song. Click To Tweet

I spent a lot of time on that dirt road. Whenever it was time to take a break — or sometimes just for fun — I took time to walk that dirt road. Sometimes aimlessly, sometimes purposefully, with dogs and without. I took photographs. I enjoyed the sites and sounds. It smelled of balsams and of forest must. I found it both inspiring and peaceful. For a long time, it was a place I thought was free of violence.

I'm sure I'll be accused of anthropomorphizing if I call it grieving, but that's exactly what it was. Click To Tweet

That image was shattered the day I found one of these magnificent geese, flattened beside the road. Given the location of the body, it was clear that someone had quite deliberately driven off the road, specifically to kill it. I was heartsick and couldn’t get the situation out of my head — especially when for days after I could see its partner hovering and pacing nearby. I’m sure I’ll be accused of anthropomorphizing if I call it grieving but that’s exactly what it was. I spent days wrestling with the need to take some sort of action. But how does one memorialize a goose? 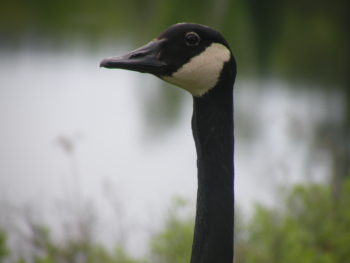 Part of my outrage was the idea that geese had been nesting here long before there were humans. Rational humans who lived around the pond knew that we were on the flight path. But what kind of irrationality, ignorance,  or rage would provoke someone to drive onto the grassy shoulder in order to murder an innocent animal? And although directed at an animal, that violence shattered something in me… something about our peaceful place. Something about safety.

Eventually, it came to me that perhaps it was not a memorial that was needed but sanctuary: a place of refuge. But how would we accomplish that? There was a will — a will to find a way.

Songs of a Positive Playlist