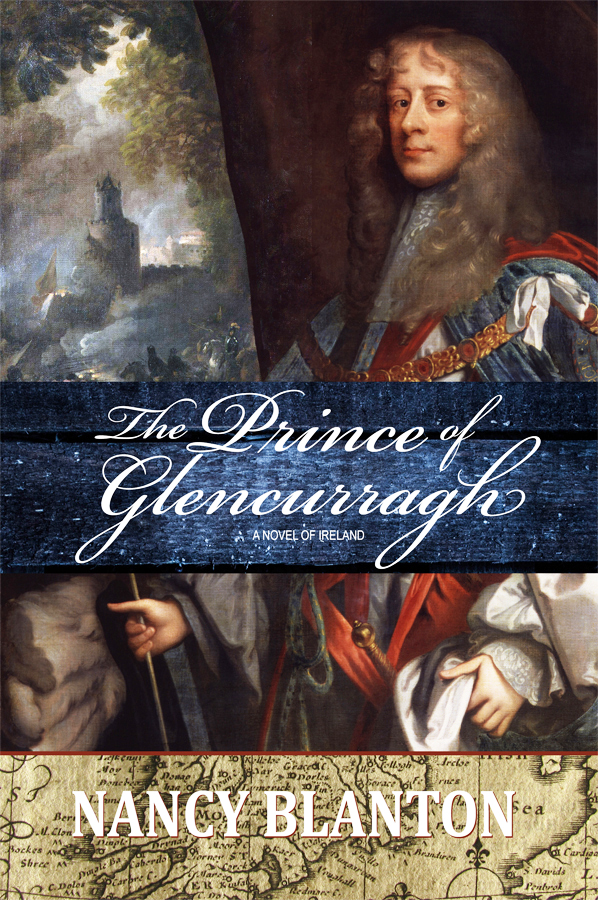 Today I’m happy to feature my talented friend and neighbor, Florida author Nancy Blanton. Her award-winning historical novels are set primarily in 17th century Ireland and her latest, The Prince of Glencurragh, (published in July 2016) has already won three awards and is a finalist for two others. I put on my interviewer hat to share about Nancy Blanton and her latest release.

I put on my interviewer hat to tell you about @NancyBlanton and the Prince. Click To Tweet

Nancy, what made you decide to focus on historical fiction?

It is what I love to read. I like to learn as I read, and I feel my time is well-spent. Recently I posted about my favorite book, the first historical novel I read: Gone with the Wind. I learned so much about America’s Civil War and its aftermath. I was fascinated and hooked. Many writers avoid historical fiction because it requires so much research, but for me, that’s the best part. It’s a treasure hunt to discover the details that will bring history to life.

Why did you choose 17th century Ireland?

My father emphasized our Irish heritage when I was growing up. We heard the music, sang the songs, wore the green, marched in the parade—all that. Our family toured Ireland when I was 15, and he sent me to Ireland for a summer study during my junior year in college. That I would want to write about it seems only natural. But when I started researching, I realized books about the 16th and 18th centuries were prominent, but not so much the 17th. A study for the Historical Novel Society found that the 17th century ranks 7th among time periods readers are most likely to choose when buying a book. This surprised me because it’s an exciting time of sweeping change: the Irish clan system is overtaken by the English plantation system and Cromwell led his bloody march. I saw a niche for myself and made it my mission to illuminate this period.

Most novels set out to explore a question. What question did you have in mind when writing The Prince of Glencurragh?

In 17th century Ireland, many hopes and dreams were destroyed, so I was asking, “Is it possible to reclaim a dream once it is lost to the mists of memory?” In this book, a young Irishman faces seemingly insurmountable obstacles to achieve his father’s dream of a castle and estate called Glencurragh.

The premise is interesting on two levels. First, everyone has awakened from a dream so beautiful they want to hold onto it, but the longer they are awake the faster it recedes. And second, many of us have seen the sacrifices our parents made and then tried to live their dream for them, only to realize later that it doesn’t satisfy. And dreams are sometimes fulfilled in ways we had not expected. 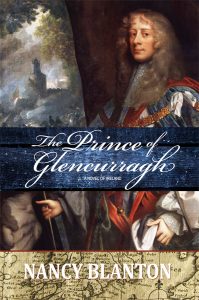 What themes does the book address?

In many ways, this book is about friendship, the relationship between best friends from childhood. The story is narrated by Faolan’s best friend Aengus O’Daly. I have some very deep and lasting friendships of this kind, and those relationships informed this story in ways I didn’t realize until the end. I am deeply grateful to my friends for that.

This story is also about hope. In great difficulty, when you have no power to change a painful circumstance, hope — the most human part of us — is what we rely on to get through.

What will readers find most appealing about this book?

This book captivates readers right away because it is fast-paced and rich with interesting historical detail. The 17th century is rife with conflict, disaster, invention and change.

The story also is relevant because it focuses on issues we still face today, such as the oppression of ethnic groups and women, the struggle for survival and the struggle to achieve one’s dream. It is also a very personal struggle that most of us can relate to. Faolán is tested, just as anyone is who aspires to a goal. You want this thing, and it seems the mountain grows suddenly higher, the road more rugged, forcing you to show just how much you’re willing to fight for what you want.

The Prince of Glencurragh by Nancy Blanton, is available in e-book, softcover, and hardcover on amazon.com, barnesandnoble.com and from other online booksellers.