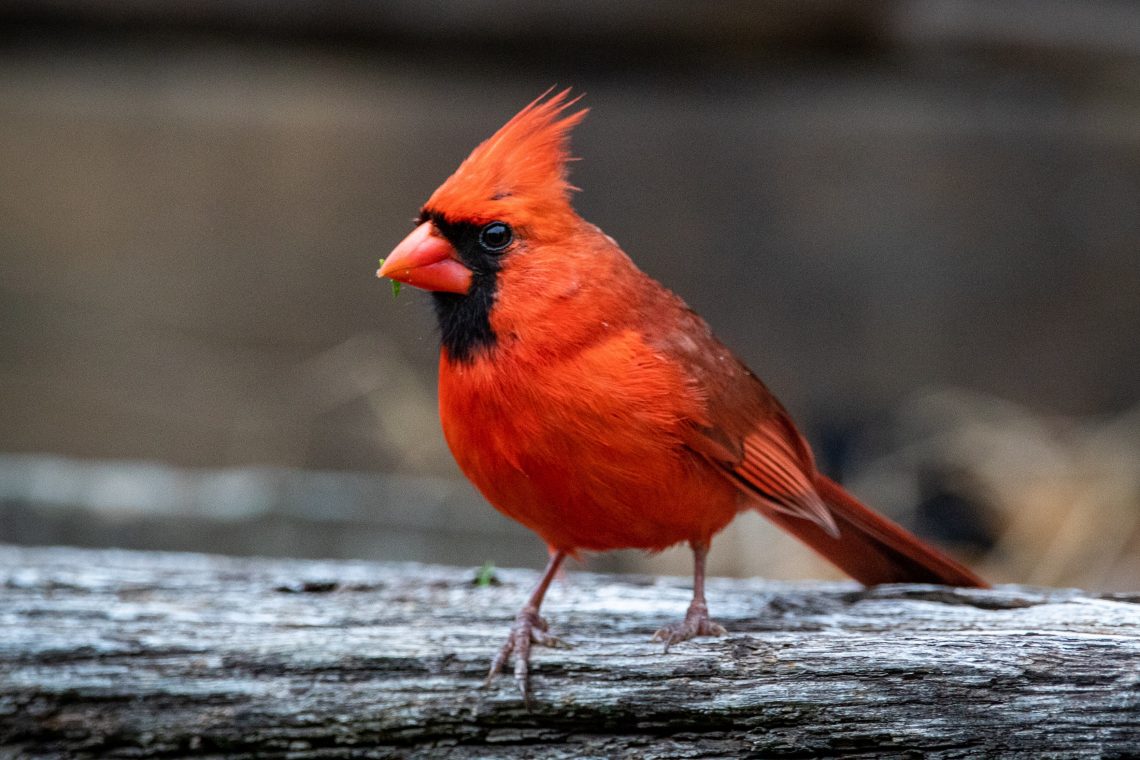 Finding myself with a persistent earworm, I’m surprised that it’s not a popular song or something from a musical or movie soundtrack. I’ve never before experienced one involving red birds although, when my son was very small there was a certain 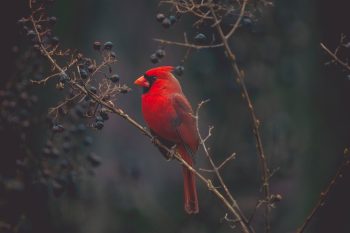 purple dinosaur and that famous group known as The Muppets. But that was some time ago. This was a very odd earworm, and, at the risk of passing it along, I’ll bet that it’s somewhere in the dark recesses of your memory, as well.

Yes, for most of yesterday, I was treated to a continuous loop of a song called “Playmate,” that super sweet little ditty many of us learned from grandmothers and great aunties. A quick online search tells me that it is now taught in pre-schools and daycare centers. Still — I hadn’t heard it for a decade or four. I’m familiar with the concept of the sense of smell evoking strong memories but still, I wonder what dredges such things from the depth of memory? This time I have some clues.

Finding myself with a persistent earworm, I'm surprised that it's not a popular song or something from a musical or movie soundtrack. Click To Tweet

As we’ve learned more and more about growing things in Florida, our backyard has become a haven for birds. Especially for cardinals. (You might remember my awe at the birds’ nest just outside the laundry room window? It belonged to a pair of cardinals.) Maybe it’s the citrus trees or perhaps my husband’s multiple feeders, but the red birds love it here, all year long. Yesterday was no exception. 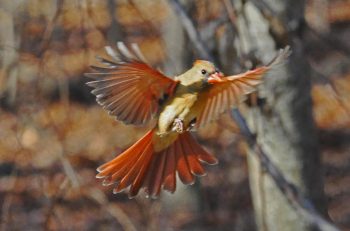 We had acquired a sweet almond and noticed it was a little dry. So, after planting each of the small shrubs in a watery hole, I set up a sprinkler to add a bit more moisture. Our new plants may have appreciated their gentle shower but the cardinals seemed ecstatic, not only showering but appearing to play in the sprinkler’s misty stream. And each time I went outside to turn off the water, the birds were there: still hopping and perching and almost rolling around in the puddles. Their joy was contagious. While I marveled at their playfulness, that silly little song crept into my head. Over and over. “Playmate, come out and play with me…” Granted, they were “climbing” a lemon tree and “sliding” down a wheelbarrow rather than the apple tree and the rain barrel in the song. It still but it seemed to fit. And came into my head to dissuade me every time I went out to close the faucet.

The cardinals seemed ecstatic, not only showering but appearing to play in the sprinkler's misty stream. Click To Tweet

The cardinal garden-to-playground-takeover set me to reading a bit about my brilliant, colorful friends.

For the most part, cardinals are monogamous — always a plus in my book. (Don’t ask.) And while the female is responsible for nest-building and incubation, the male not only feeds her at the nest but joins her in feeding the hatchlings as well.

Then, in true internet fashion, I read that they signify good luck, helpfulness, passionate energy, family, good health, an excellent work-play balance. They also signal us that the best is yet to come. Wow. That’s a lot of important messaging for a little bird to carry around. 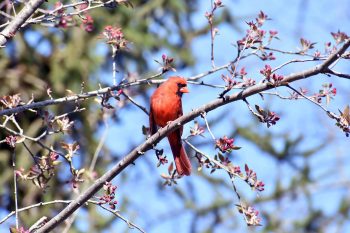 But I repeatedly read that those beautiful red birds (and their spectacular chestnut brown females) represent loved ones who have passed. They are said to show up both in celebration and despair to remind us that those powerful spirits live with us still. My heart is full as I look back at sprinkler-jumping and clap-singing Playmate with my great aunt and, sometimes her sister, my grandma. The same grandma who instilled the love of language that is with me every day.

The almonds seem to have settled — healthy and happy — in their holes, needing little additional attention. But, even as I write this, the red birds have perched on a branch outside the nearest window.

Today is supposed to be another hot one. I’ll be turning on the sprinkler for them soon.

Lazarus Jones and the Meat Holidays