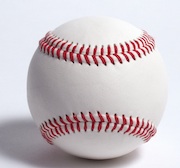 Friendship can be tough – and sometimes even more difficult to navigate without the longer view that age provides.  As the parent of the smartest, nicest, coolest kid in the group — the one who should automatically be the most popular – it can be tempting to jump right in and ‘straighten things out,’ can’t it?

Sometime during my son’s early baseball years, he apparently confided in his Grandpa.  One of the more popular players on the team was teasing him about not being as good a ball player.  (Evidently, this is not something that ‘guys’ tell their Moms!)  Gramp’s advice came straight from the pages of Dale Carnegie’s classic How to Win Friends and Influence People – not exactly at the top of everyone’s list of favorite parenting books!

“I told him I knew of a magical solution —a solution that would turn the guy who was picking on him into his best friend.  I could tell that he wanted to hear but I refused to tell him until he promised me he would act upon my suggestion,” said Gramp.

Apparently, after promising to take action, my son got his instructions.  At the next opportunity, he was to talk to the guy…. to tell him that he thought he was a really good baseball player and ask for help on how to improve a specific part of his game.

According to Dad, my boy’s reaction was nothing short of ‘horrified.’  He tried to get out of doing it only to be quickly reminded of the promise he had just made.

Dad stops short of taking credit for what happened next; he admits that he wasn’t present during the boys’ next conversation… but it was not long after that the two former rivals started spending more time together.  Eventually, they became close friends.

Speaking as someone who heard far too many Earl Nightingale motivational recordings before starting the fourth grade, I might not be the first to recommend this strategy to the average Little Leaguer.  On the other hand, I can’t argue with success.