One of the very best things about attending book events is the opportunity to connect with other authors. I’ve been looking for a way to share them with you and have decided to try a Visiting Author series. (Please be sure to give me your feedback about this idea in the comments.)

I recently “met” someone who is successfully doing something I’ve considered from time to time: RV-living. She has maintained a roving lifestyle — with husband and dog — for over five years. She wrote in her blog: 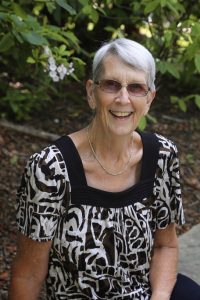 “Living in close quarters can be difficult. But I think I’ve found a solution. One day I had a thought. Was I looking at this all wrong? Was there a solution to our size-challenged abode? Could it be as simple as changing my attitude in my place of residence?

I believe a change in attitude IS the answer – wherever you live. In an RV, an apartment or ginormous mansion. For me, I asked the Lord for an ample supply of love, joy, peace, patience, kindness, goodness, faithfulness and an extra measure of self-control. Adding these attributes made our journey much more joyful.”

Janetta Fudge Messmer is an author of two Christian comedies (Early Birds and Southbound Birds). She also has a historical romance, Chords of Love, which is the book she shares with you today. She’ll take it from here.

Abigail Jane Thompson is sassy and certain she’s not singing. Anywhere. Imagine her delight when she spies the Central City Opera House in total ruin. Noah Presley, owner of Presley Mercantile, has a plan to restore the once-celebrated building. Fate throws Abigail and Noah together. Will they see beyond their differences, or will their love end on a sour note?

Everyone in the writing world tells writers we MUST make our characters memorable. From the first page of Chords of Love, Abigail tends toward sassiness. No one, including Abby, knows what will come out of her mouth:

“Daughter, is there something you want to tell me?” Papa slowed his horse to a stop next to her.

Abigail had to tell him the latest or she’d burst at the seams. Without a moment’s hesitation she said, “Papa, we’ve only lived here a little more than a month, but what I heard Mama say to the owner of Presley Mercantile yesterday is sure to twist the ends of your moustache.”

Papa turned in his saddle. “What did she say this time?”

Abigail cleared her throat and sat higher in her side-saddle. “Now, remember, Papa, I’m quoting Mama. She said, ‘Mr. Noah Presley, I despise this dirty, desolate town of yours.’”

Her father’s eyes twinkled as he glanced sideways at her. Abby knew she’d gotten away with a little sassiness on their riding excursion, but when they returned to Central City, one of his stern looks would shush her right up.

“Oh, how I love that woman.” Papa chuckled, then his expression grew more stern. “But tell me she really didn’t say those things.” He stroked Dancer’s neck. His horse stayed steady on the rocky path leading out of the little mining town.

“Yes, and there’s more, Papa. You’d better hold tight to the reins for this one.” Abigail did the same, as if she needed to get ready, too. “Mama also told Mr. Presley, ‘You people can’t even keep your opera house running. It’s simply disgraceful.’” 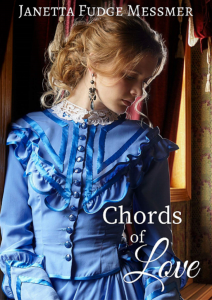 As you can see, Abigail’s a tad feisty. What would you say your personality type is? Funny? Bossy? Introvert? Extrovert? For those of you who have never taken a personality test – I highly recommend it. It’s lots of fun.

Now it’s time to learn a bit about me. My dream from an early age was to write. With pen in hand, and now a computer on my lap, words come forth on the page. Truly, writing has been a love of mine from an early age.

Abigail Thompson, on the other hand, had to deal with her mother’s dream. She wanted her daughter to sing on the stage of the Central City Opera House. Abigail felt more suited for praising the Lord in song on her outings in the mountains of Colorado. Her new home.

Another snippet I’d like to share is an encounter between my main characters: Abigail Thompson and Noah Presley. When they bump into each other at the mercantile, more than sparks fly.

Noah’s jabbering came to a halt when he heard the female voice. Seconds later, something tapped him on the bottom of his boot. When he lay on his stomach to fill the lower shelves, he didn’t realize his size 12 feet stuck out from under the curtain between the back room and the front of the mercantile. He scrambled to stand up and flung open the divider and said, “May I help y—”

Miss Abigail Thompson stood smack dab in front of him, her nose a mere two inches from his chest. The only thing Noah could see of the new arrival was the top of her flowered bonnet and some blond curls peeking out from underneath the wide brim.

He stepped back after he recovered from almost knocking the attractive girl flat on her behind. Abigail did the same, then tilted her head to look up at him.

“Yes, Mr. Presley, you can help me.” She scooted away from him and headed in the opposite direction. “I need you to reach something for me, if you please?”

Noah let her lead the way and could only imagine he resembled a dutiful pup following after his master. But in this instance, he made sure he walked far enough behind her that he didn’t step on the hem of her ruffled skirt.

He also couldn’t help but notice anytime Abigail entered the mercantile, her presence turned his mind to mush. His tongue stuck to the roof of his mouth, and what came out didn’t resemble words in the King’s English.

“Mr. Presley, ah, Mama’s in need of some, ah, let me see. There it is.” Abigail pointed up at the next to the top shelf at a row of kerosene bottles. “The hurricane lamps she unwrapped today need oil.”

Noah nodded and stepped up on the ladder to retrieve the merchandise. He wondered why it had taken her mother so long to unpack her lamps. Night had fallen more than once since their arrival. If he’d known, he’d have taken some to them the day he went to call.

He reached his long arms up as high as they would go, but he still couldn’t reach the bottles. Noah needed to talk to Adam about his placement of certain items. Top shelves. A location which required a ladder.

Taking another step up meant he would venture into uncharted territory…

Noah was about to take a step out of where he felt comfortable. Think of time you’ve stepped out of your comfort zone. Did you survive? I’d say you did, if you’re reading this, and you’re happy you did.

And as a writer, stepping out takes courage, gumption…and it takes an IDEA. In my case, Chords of Love came to me when a dear friend and I brainstormed about a story set in the 1800s. Of course, my love of Colorado inspired the setting. Visualize someone twisting my arm (wink, wink) when research called me to Central City, Colorado.

Those who know me, know I’m lying. I moved to Colorado in my early 20s and spent over twenty-five years in Boulder and surrounding areas. And loved every minute. If you’ve never visited, make it a point to go. GOD OF ALL CREATION LIVES THERE.

Day Without a Woman