Just before we got together, a visiting friend reminded me that her small daughter was afraid of big dogs.

My family includes a fairly intense German Shepherd Dog and a goofy Lab. Neither is ‘small.’ I assured my friend that they would be kenneled for the afternoon and would not need to interact with her family.

We had met elsewhere to do some ‘stay-cation’ things nearby, so I got to chat with the little one before we drove to the house. I let her know that the dogs would bark when we got arrived and that they couldn’t get near her. I asked her to help with their training by ignoring them.

Upon arrival, the dogs stopped barking almost instantly. It took about seven minutes of picking blueberries and looking at flowers before my 5-year-old guest became completely attracted to the dogs and the kennel.

Although the adults got to visit a little bit, most of the next two hours were spent talking about ‘dog language,’ how it is different from ‘people language’ and that kids can be safe around dogs.

Soon the little one asked me to bring them in the house.

They came in, wearing training collars and leashes to help them pay attention. They sat quietly beside me. The grown-ups talked about how much dogs rely on their noses to learn, that jumping back encourages them to chase and that calm behavior brings a calm response.

She asked to see them do tricks. In order for that to happen the ‘non-performing dog’ had to sit quietly beside the formerly frightened little girl. That was fine with her. 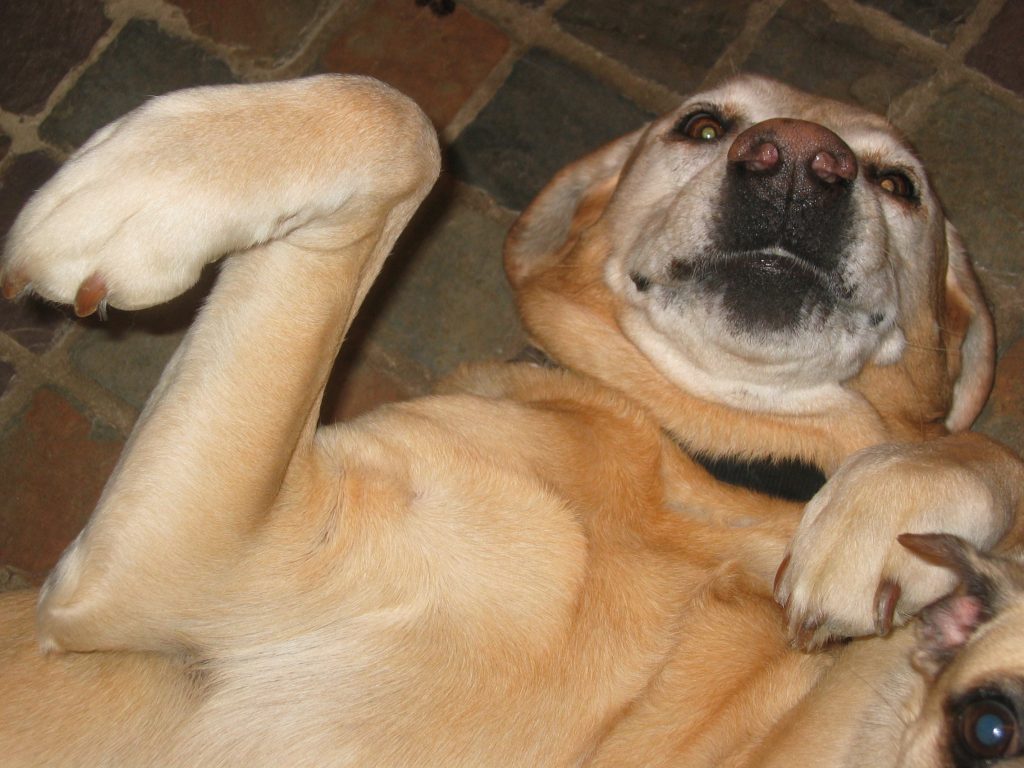 The high point of my day was when she turned to her mother and said, “Mom, these aren’t BIG dogs because I’m not afraid of them. I like them. These are MEDIUM dogs.”

Why do I think that’s so cool? It speaks to the power of support, data and exposure to overcome prejudice and fear. It’s an example of trust and courage opening a door and expanding a comfort zone. The power of honest attraction over force and manipulation… of replacing a limiting thought with one that’s more useful.

And, when my husband called in from a business trip and asked about my day I got to tell him that I shrunk the dogs!