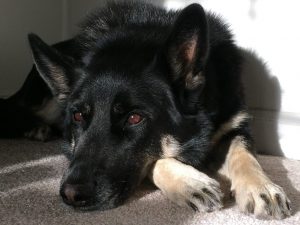 Not long ago, I was chatting with a friend online and mentioned that I was getting ready to take Bella (my German Shepherd senior citizen) on an adventure. When asked what sort of an adventure I planned to enjoy with my dog, I told her we were either headed for Starbucks’ patio or the Pet Supermarket. If memory serves, that’s when she changed the subject.

I understand that a trip to the patio at a coffee shop or a place that sells gerbils and dog toys is not everyone’s idea of an adventure. Then again, not everyone gets to go to these places with Ms. Bella, Princessa of German Shepherdness. (That’s her official, royal title.)

An Affinity for Animals

My social media feeds are often over-loaded with animal videos. The vast majority of those are dogs. A lifelong animal lover, I’ve never questioned the intensity of that connection, but lately, I’ve given a bit of thought to what I get from that affinity.

I appreciate animals doing animal things and having animal adventures– housecats hunting, dogs guarding, and spiders wrapping up their unsuspecting prey. (As long as they do it outside. Apparently, I’ve not evolved enough to appreciate insects in the house. I don’t plan to.) As a newcomer to the South, I’ve discovered cicadas and am in love with their song. I want to learn everything there is to know about them. 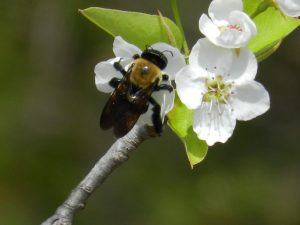 We don’t keep honey hives — I’ve never learned how — but have installed mason bee houses in the backyard. I was delighted to learn that our new home state is home to more than 300 varieties of bee and love watching their visits to the masses of wildish flowering plants scattered around the property.

You see, I’ve come to believe that adventures don’t have to be big, frightening and dramatic to be wonderful. Watching those spiders quickly disable and wrap their sometimes-larger prey fills me with a sense of awe. So does the work of the pollinators — and the fact that the future of our ability to feed our planet depends on these tiny creatures.

And outings with the Princess? She is curious about everything. Fearless. Enthusiastic. Joyful about new sights and sounds. She shows me — every single time — that the adventure is in the attitude.

11 Responses to “The Adventure is in the Attitude”