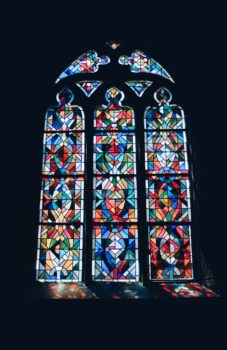 Sanctuary — a place of peace and safety. Deeply valued by most. It is a holy place, whether in a house of worship or another locale. Homes can provide sanctuary as can prayer, meditation, relationships, and books.

I’ve spent many years wading through ‘spirituality’ vs. ‘religion.’ When I was in practice, twelve-step recovery programs were about the only option for affordable, long-term support for my clients. Because of that, they often needed a sounding board to help sort through personal histories and arrive at a concept of a higher power that worked for them. Some were comfortable with their existing religious definitions but many felt far too angry, guilty, or ashamed to even want to think about their religious upbringing. I am someone who gave witness to a great number of priest abuse stories long before that scandal arrived in the headlines.

Many felt far too angry, guilty, or ashamed to even want to think about their religious upbringing Click To Tweet

Two ideas worked for many of my addicted clients. First was that many of their shameful behaviors were a direct result of rational thought being warped or eliminated by the use of alcohol or other drugs and that ongoing recovery was an important way to atone. The second was that they didn’t need to worry about finding an “official” god —  that groups of people who had felt the same way and achieved recovery wanted nothing more than to provide them the power needed to recover. For hope-filled and fearful folk leaving the safety of inpatient treatment, those groups became a form of sanctuary. Perhaps it is in the form of feeling immunity from the remorse and self-loathing that don’t immediately disappear.

I no longer participate in organized religion but the idea of sanctuary remains deeply rooted. So is some sort of faith that the world is a fundamentally good place. And a belief that everyone deserves a place of peace and safety: even those Canada geese who were targeted for death. 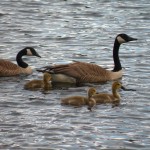 I’m not someone who can sit with overwhelming emotion. However insignificant it may be, I need to take action. So after consulting with Favorite Husband, I decided to give the geese a place to go. Our place, with the high grass, at the edge of the pond. But how would we attract them at a time their trust in humans was justifiably non-existant?

Favorite Husband and I decided to give the geese a place to go. Our place, with the high grass, at the edge of the pond. Click To Tweet

Thinking about various grandmothers and homes that had provided personal refuge the answer became clear. We needed to find a way to feed them and that meant learning about their favorite foods.

Do you have a person, place, or practice of sanctuary? What makes it feel safe? What draws you to return?

Be a love... Share the love
Posted by Andrea Thinking  Add comments

13 Responses to “Seeds of Sanctuary”