A week ago I was writing about Valentine’s day. Maybe it makes sense, then, that today I’m trying to make sense of the heartbreak known as “another school shooting.” It is crazy that our students are no longer safe in their schools and that our country seems so polarized about this issue. I’ve tried to write about it before and always come up short so today I’m sharing some of my questions about school shootings.

How is this 'not a gun problem?' I was married to a USMC sharpshooter... Click To Tweet

I don’t have answers; I know the solution is not simple. But I can’t help believe that consistent, small actions are better for our culture than believing there is nothing at all we can do. 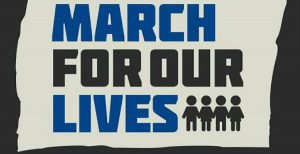 Let’s not take over, organize, or attempt to speak for our kids but use #marchforourlives to hear their worries about safety and the future. Click To Tweet

5 Responses to “Questions About School Shootings”

A stay-at-home plus: an even stronger bond with th