I was horrified and heartbroken by the murders at Marjory Stoneman Douglas High School. Most people were. I’ve also been deeply moved by the response of the MSD students: the way they have channeled their grief and outrage is nothing short of heroic. I follow many of them on social media where you might be surprised to discover, there is a variety of “adult” media users spewing hate and threats in their direction. The kids’ use of social media is impressive; it seems that, in the face of the haters, they laugh. It’s hard to be phased by angry words when one has survived a near-death experience. Like so many of my friends have said, I’m so in love with these kids. 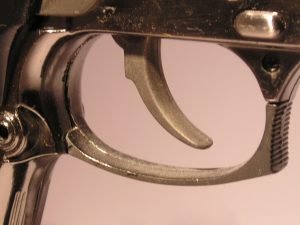 They are completely committed to continuing to change the conversation about gun violence in America and continue to develop ways for others to join their movement. Not everyone can amplify their social media messages nor will everyone be able to march with them in Washington on March 24th. Not all of them will be old enough to vote in the midterms.

But these beautiful, brave, passionate, intelligent students have come up with a way to help younger students have a voice in the process. It’s called Parents Promise to Kids

It’s a simple but powerful idea: parents, grandparents or other community members promise kids they will vote for candidates that take action against easy access to guns.

And, of course, there is information on the site about sharing your signed contracts on social media or with the organizers.

Have you figured out what that big number in my headline is all about? 15,549? It’s the estimated number of non-suicide gun deaths in the US last year. How can you afford not to get involved?