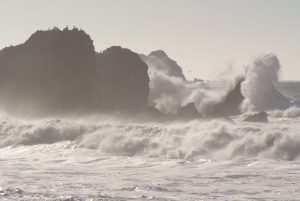 I am married to a Buddhist, so the concept of the “bardo” is not completely foreign to me. The Tibetan tradition uses the term “bardo” to describe the time between two earthly lives: the time between dying from one body and being born into the next. It sounds a lot like what some Christians refer to as purgatory. And, while my family and I are all still very much alive and well, we are experiencing a significant moment “between lives.” So are several million neighbors in Florida. We are getting ready for Hurricane Irma. And, we are not getting ready for Hurrican Irma.

As long-time New Englanders, we are familiar with extremes in weather. As relatively new Floridians, we’re still learning about tropical storms and hurricanes but a person sure does not need to be living in Florida to know that the approaching storm is a big one. But it’s not here yet. 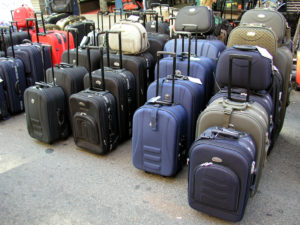 Floridians have gradually shifted focus from helping Houston to making our own preparations. I’m extremely grateful for the detailed and informative weather coverage. What they’ve told us so far is that Irma is very dangerous — and that it might not hit here at all. Or that every conceivable path is going to create significant problems. So where does that leave us?

We are between. We are between being afraid and being calm. Between preparation and denial. Between despair for Houston (and the islands) and hope for our community. Between staying and going. Between keeping to our normal schedules and bugging out. It’s an odd feeling to know we’re going to pack up and leave but not being able to pack because we’re only taking essentials. It’s even stranger to attend to today’s mundane appointments while wondering what will happen to those on the calendar for next week.

So we have fitted the dog crates into the gassed-up car and have clean laundry to take along. The lawn furniture is on its way into the pool and the stray gardening “stuff” will make its way into the garage. It’s an exercise in preparing for the future while staying firmly rooted in the present — of embracing ambiguity. It reminds us that we never really know what the next day will bring but that a veil of routine keeps us in comfortable denial.

And we will keep hangin’ out in the bardo until it’s time to start the next chapter. 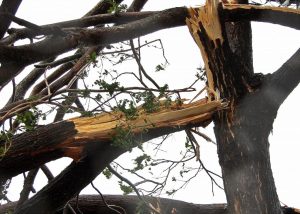 Be a love... Share the love
Posted by Andrea Self care, Special Topics, Thinking  Add comments

10 Responses to “Hangin’ With a Hurricane in the Bardo”