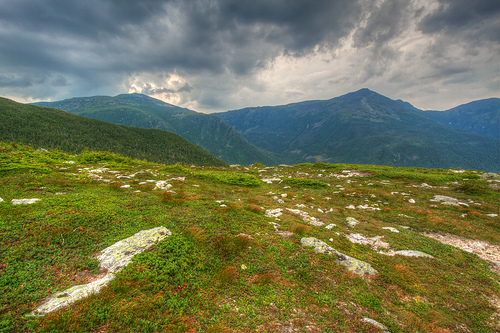 Growing up in the shadow of Mt Washington can make people tough and sometimes more than a little reserved.  And, if Keisha Luce is any indication, it can also make people creative and compassionate and adventurous.

As a graduate student at Dartmouth Keisha traveled to Viet Nam to undertake a project that many ‘experts’ said couldn’t be done.  In fact, during her preparation for the trip, some were so convinced that her project would fail that they didn’t bother to return calls or e-mails.

Growing up in Franconia, New Hampshire, Keisha watched her father, a disabled Viet Nam veteran die of Agent Orange-related cancer.  He was 38 when he died.  His daughter was only ten years old.

“Somewhere along the line I realized that although his exposure to dioxin was relatively brief it killed him,” she says.  Finding estimates that 12,000,000 – 16,000,000 gallons of herbicide had been sprayed on Vietnam from 1961 – 1971, she became intensely curious about the impact on the Vietnamese people and on their lives.

Early in 2009, she headed to Viet Nam with the goal of creating sculptural casts of Agent Orange victims and their offspring.  Three generations after the war children are still being born with horrific birth defects caused by the chemicals.

Although Keisha and her project had university sponsorship, she was told that the Vietnamese people did not want to talk about the impact of the chemicals– especially to an American – and that they certainly would not consent to the body casts needed to create her documentary sculptures.

She discovered that there were many people who were eager to share their stories and participate in the project – far more than she was able to document on her first trip.  The finished pieces are incredibly moving and present people living with the long-term effects of war.  They are both beautiful and evocative – if you are able to travel to New Hampshire this fall – this should not be missed.

Sum & Parts, showed at the Barrows Rotunda at the Hopkins Center for the Arts at Dartmouth College from September 24 – October 20, 2009.